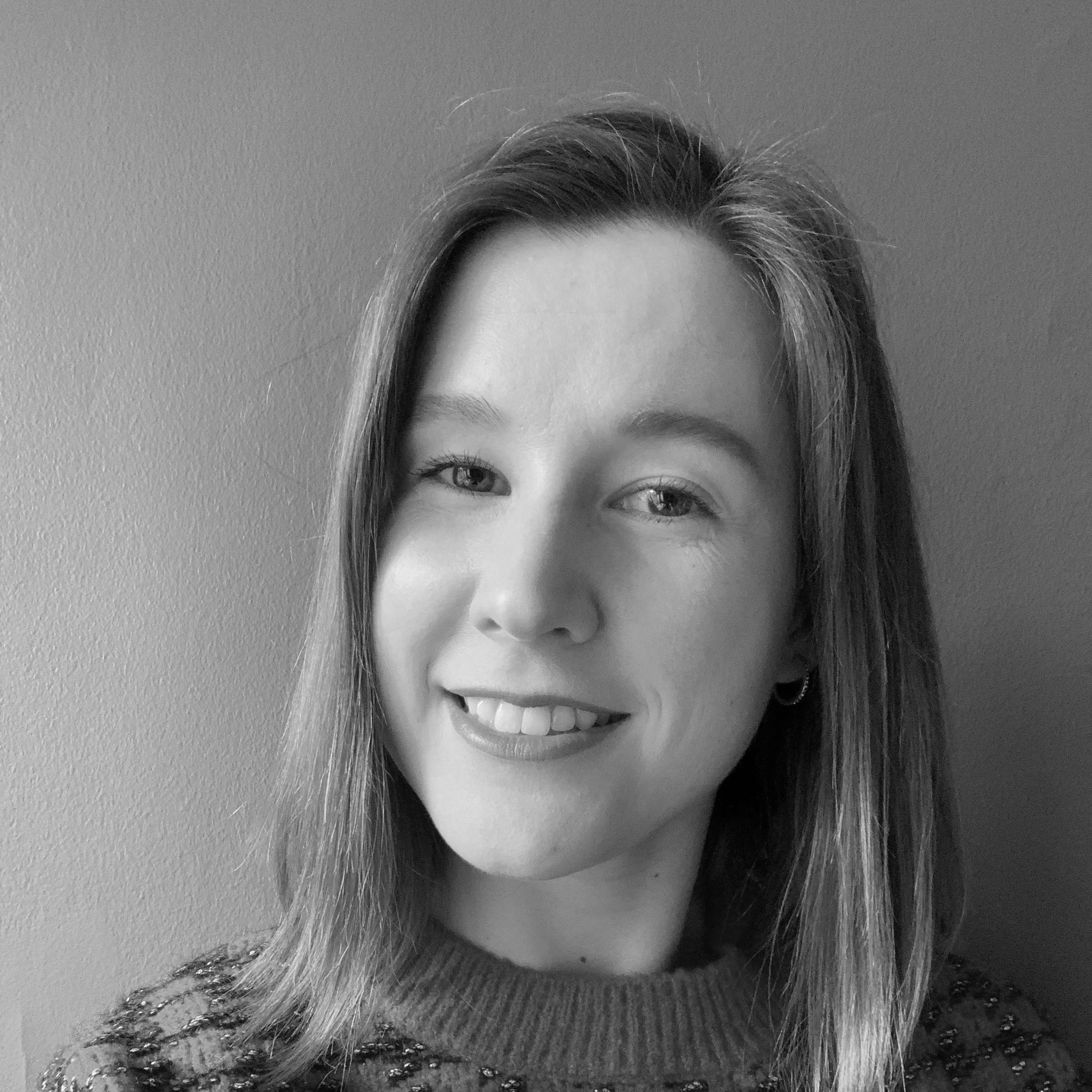 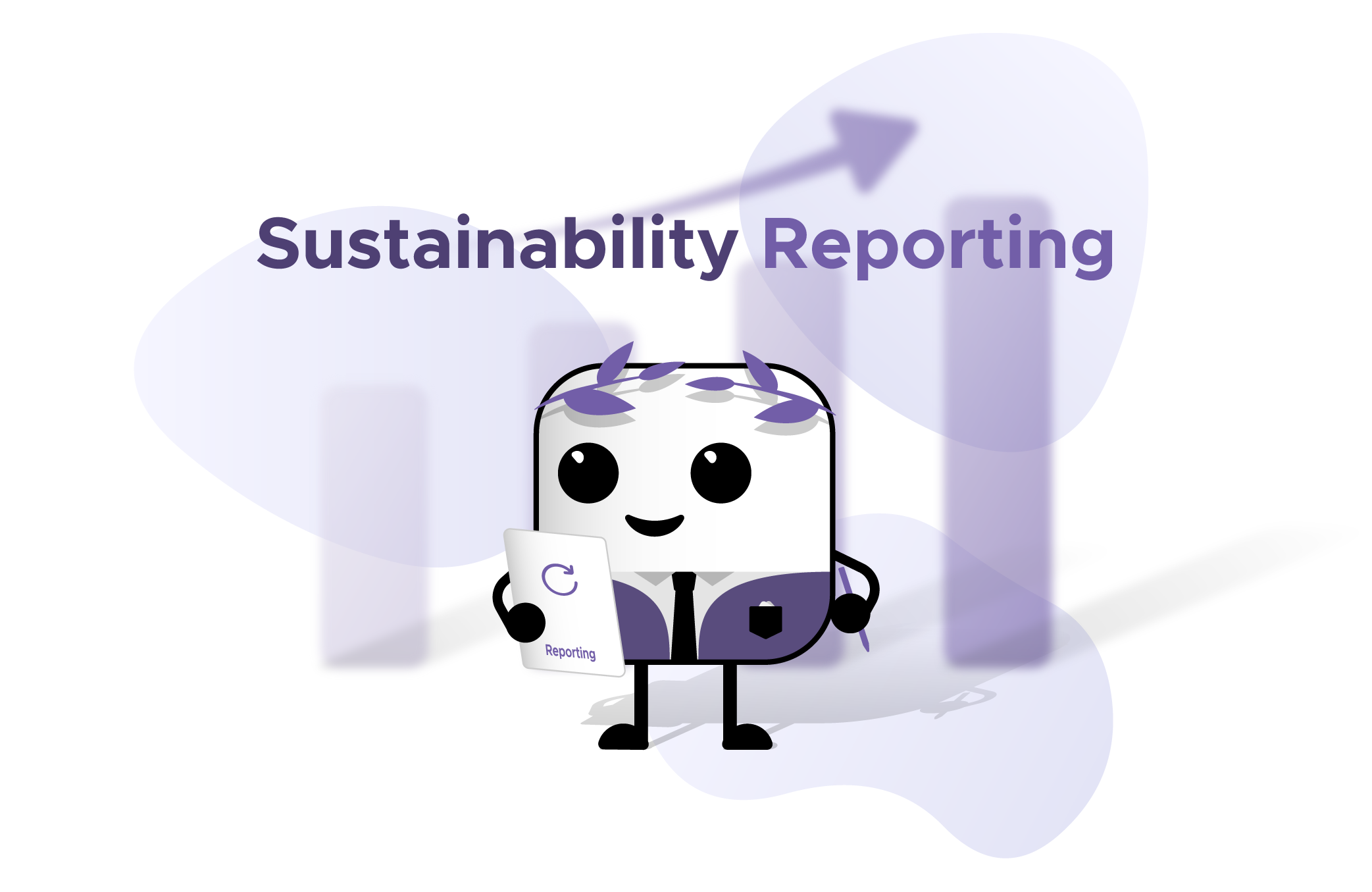 Nowadays sustainability reporting has become an often heard and used concept, and of late has provoked both, companies and academics to expand their research in sustainability and inasmuch as on sustainability indicators. At BeCause we had asked ourselves a few questions in this regard and would like to share our thoughts and finds with you!

First and foremost, we saw the need to look at different explanations in regards to what sustainability reporting is. As you can imagine, there are many definitions and explanations available online. And while there are both some overlaps and differences found, what the authors mostly agree upon is that: sustainability reporting is part of a non-financial risk report in which an organization provides transparency on their environmental and socio-ethical actions, outlines preventative measures for mitigating mid to long-term risks, as well as communicates progress towards the pre-defined commitments and targets.

But wait, before we dive deeper into the subject of sustainability reporting, we likewise see the need to clarify some terminology… In conversations, you might have also heard of the term ESG, which stands for Environmental Social Governance, and due to an often lack of understanding, is used interchangeably with the term sustainability. Oftentimes sustainability is thought to be one of the sub-components of ESG, as both definitions encompass environmental and social parameters. In some sense you could say that is so, however, the terms carry significant differences that have implications for corporate strategy, prioritization, communication, and reporting. So, if we look at both terms from a business perspective, what are these differences? In short, sustainability refers to doing business without negatively impacting the environment, community, or society as a whole. While ESG, at its core, is a term often preferred for capital markets and is used by investors when considering whether or not to invest in a company based on the assessment of ESG data that indicates the level of maturation of business practices as well as helps to identify superior risk-adjusted returns. So, in reality, it’s quite the opposite of what is often thought that sustainability is more of a "blanket" term and encompasses an organization's overall efforts to do better, while ESG narrows it down to three specific topics that are crucial for business and investors.

And now back to reporting, be it sustainability or ESG reporting, why are these topics so often talked about these days? Well…not for the ease of subject that both of these topics reflect, unfortunately. With the rising pressure from various stakeholders (e.g., regulatory, shareholders, consumers, and employees) towards organizations to improve their transparency and quality of reporting, they must level up and brave the array among sustainability regulations and reporting frameworks. And the difficulties lie in knowing what laws and regulations apply to one's business and how to choose the right reporting framework. Here we see that knowing a bit of history could help organizations put their struggles into the right concepts and create an understanding of all the existing linkages between the regulatory and reporting frameworks. To provide more context for sustainability reporting, we would like to provide some historical context for the subject matter.

Initial thoughts and deliberations on the prosperity and longevity of the human race can be traced back to many writers and philosophers, e.g., works such as Plato's Republic and Thomas More's Utopia, in which both explore the topic of an idealized society. However, the topic of human long-term prosperity came really into play during the second half of the 20th century when first concerns and speculations regarding environmental pollution and its impact on the planet had been raised by physical scientists. Works, such as Rachel Carson's Silent Spring (1962) and the Limits to Growth report (1972) from the Club of Rome, started raising awareness of the negative impacts that the sprint for the never-ending economic growth is causing. Influential reports, such as the World Conservation Strategy (1980) by The International Union for Conservation of Nature and the report Our Common Future (1987) written by the Brundtland Commission, outlined the key environmental and societal issues that threaten not only the current but also future generations. The high-level attention to sustainability culminated in a two-week-long Earth Summit (Rio de Janeiro, 1992) and laid the foundations for the sustainability movement in the years ahead that were laid out in the document called Agenda 21. This document set forth a set of non-binding goals and actions that would inspire nations, organizations, and corporations to build momentum and respond to the growing concerns. However, there was a lack of a standardized approach, as many responded with the creation of their own goals and plans, such as the Business Charter for Sustainable Development, crafted by the International Chamber of Commerce, and the Sustainable Development Strategy adopted by the European Union (EU) in 2001.

Of course, both governmental and private business entities, throughout the 20th century have been active in various areas to boost environmental and social prosperity, i.e., environmental conservation and restoration, community engagement, corporate philanthropy, racial and gender equity programs. As one can observe, the problem was not the lack of action but that these topics were not generally included under the overarching umbrella of sustainability, but typically lumped together under environmental protection and corporate responsibility. Lack of uniformity in defining what sustainability really meant restricted the potential of extracting the maximum possible value from the number of activities both the public and private sectors actually pursued.

The aftereffect of all the international dialogue and miscellaneous actions over the course of several decades resulted in the creation of the United Nations Millennium Development Goals (MDGs, 2000), shortly after replaced by the United Nations Goals for Sustainability, more commonly known as the SDGs (Sustainable Development Goals, 2015). As lofty as the 17 target areas may appear, underlying these are a set of very ambitious yet very concrete goals. Some goals are more measurable than others, yet unarguably the SDGs have helped governments and companies more easily describe their sustainability efforts, which were often in the form of published voluntary non-financial reports.

The motivation for voluntary sustainability reports was mostly rooted in the companies' motivation to restore the trust of their stakeholders in the companies' willingness to behave responsibly. This notion has led to the emergence of reference frameworks, guidelines, standards, and regulations in the sustainability area. Such frameworks, i.e., GRI, CDP, SASB, TCFD, served not only as support tools for companies but also allowed for a certain level of standardization of both the information disclosed and the method of communication. Reporting practices have shown that besides the initial purpose of creating more transparency and accountability, the reports leveraged the improvement of internal operational processes and stakeholder engagement. In particular, communication of sustainability reports has been found to have a positive impact on company financial performance and increased stock value, as rising percentages of managed investment assets are screened for ESG criteria. However, the vast array of ever-evolving frameworks surrounding sustainability reporting increasingly challenged the companies by the form, content, and process of their sustainability reporting.

Within the context of the EU, the legislative framework for sustainability reporting practices was initially based on Directive 2014/95/EU, the Non-Financial Reporting Directive (NFRD) which came into effect in all EU member states in 2018, and since has been adapted to varying degrees into national law of all 28 member states. The NFRD purely defined the scope for non-financial reporting but didn't provide the users with standardized guidelines on the form and process. On this note, a revision of the NFRD was initiated in January 2020 to improve the quality and reliability of non-financial reporting, and as an outcome in 2021, the EU Commission introduced the Corporate Sustainability Reporting Directive (CSRD). Furthermore, the EU Commission is addressing the issue of comparability of non-financial information through the creation of the European Sustainability Reporting Standards built by the European Financial Reporting Advisory Group (EFRAG). The purpose of putting forward a unique standard is to ease the burden of searching for the "right" reporting framework, and in so reducing the cost of reporting for the companies, as well as facilitate the comparability of non-financial information for various stakeholders.

At BeCause we are looking forward to the finalization of the EFRAG non-financial reporting standards, and meanwhile are facilitating the navigation of our customers through the complex landscape of various sustainability reporting standards and frameworks. To know more, visit us on because.eco. 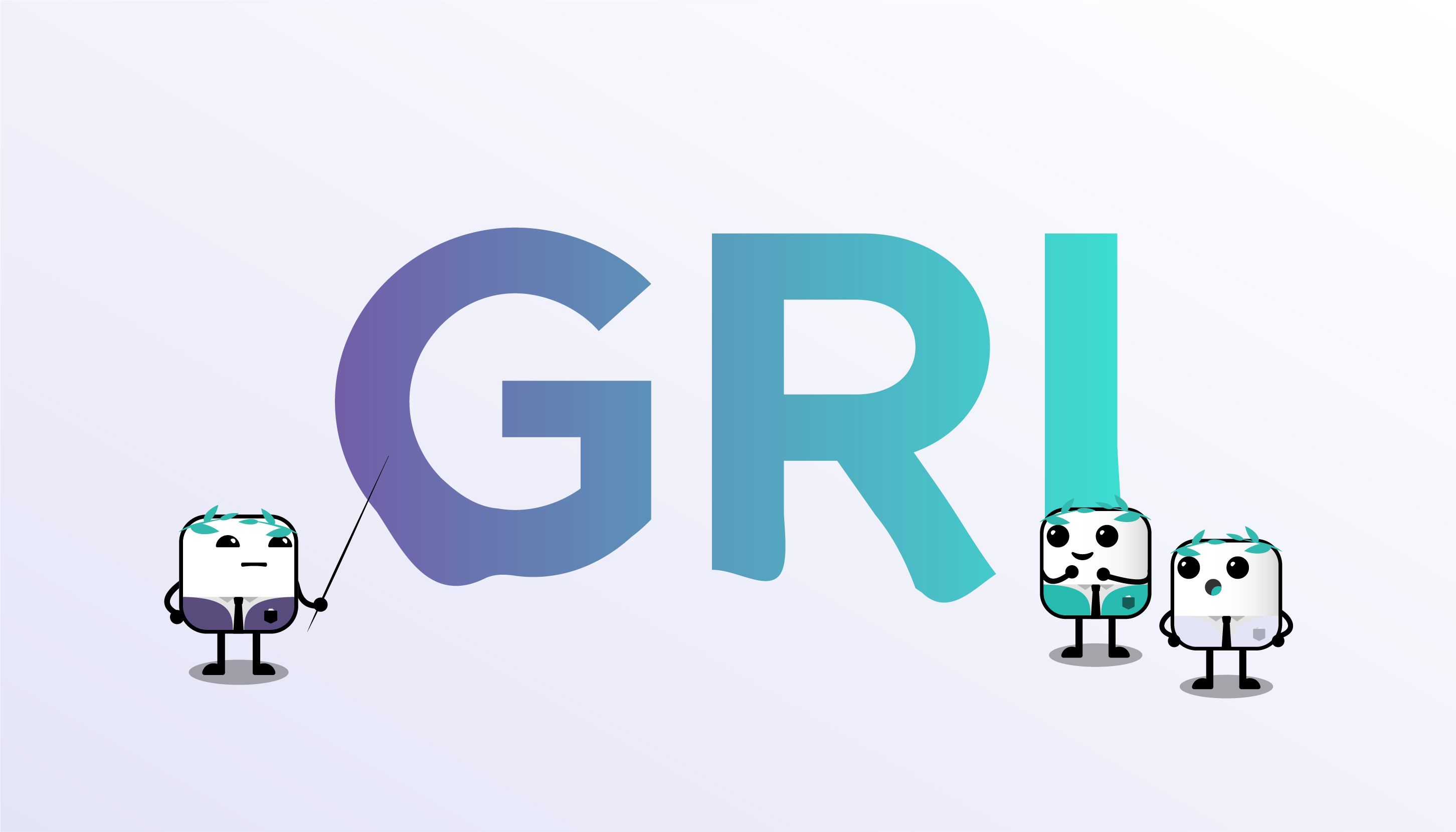 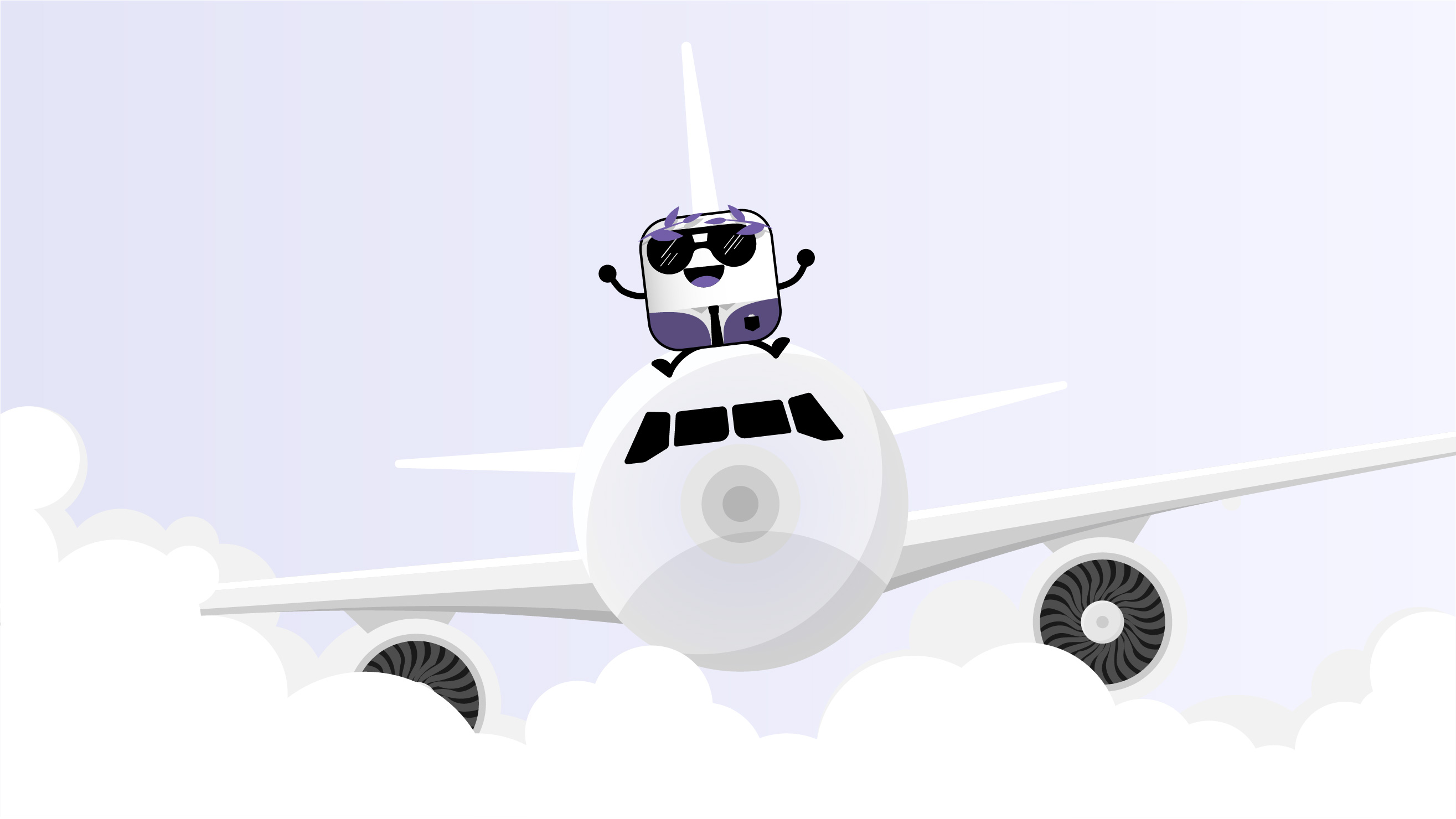 How to be a Sustainable Traveller